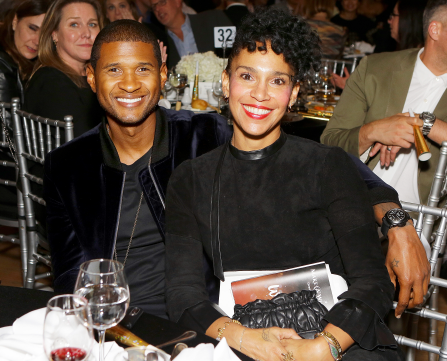 Usher Listed Sunset Strip Crib Days Before Split – Usher was getting his ducks in a row days before he and his wife announced they were splitting up … putting their Spanish home on the market.

The singer’s 4,261 square foot home with 5 bedrooms and 6 bathrooms — situated right behind the famed Chateau Marmont on the Sunset Strip — are now up for sale for a cool $4.2 million.

The house was listed 2 weeks before Usher and his wife, Grace Miguel, announced they were separating. As we reported … the couple, who got married in 2015, said, “After much thought and consideration we have mutually decided to separate as a couple. We remain deeply connected, loving friends who will continue supporting each other through the next phases of our lives.”

They also own a home in Georgia they’re trying to unload. They slashed the price to their Georgia home just last week … to $1.699M for their 7 bedrooms, 10 bathroom mansion.

The house was listed by Anna Marie Simpliciano of Hilton & Hyland.