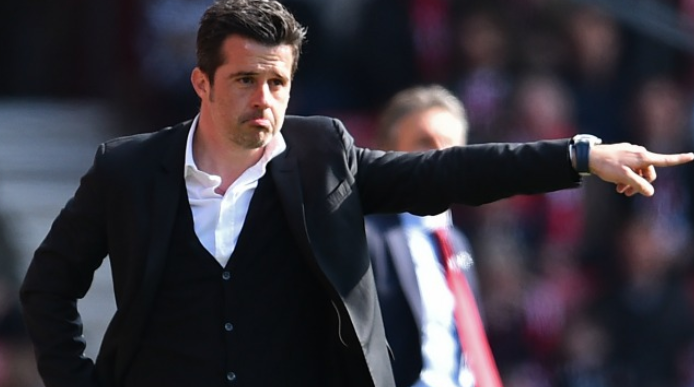 Marco Silva could take the Chelsea job but only on a short-term basis, says Burley. Chelsea boss Antonio Conte is under pressure at Stamford Bridge after a turbulent season on and off the pitch.

The Blues have lost their last two Premier League matches, with shock defeats to Bournemouth and Watford.  Silva was in charge at Watford for the first half of the season before being sacked last month.

Burley was initially against the idea of seeing the Portuguese boss replace Antonio Conte. And he admits he would like Juventus’ Massimiliano Allegri to take the role full-time from next season. When asked if Silva could replace Conte, Burley told ESPN FC: “No. Maybe short term.

“I’m running out of managers (for long term). I’d have to think about it. Allegri, Allegri from Juve.” Burley’s colleague Alejandro Moreno reckons Diego Simeone would be a good option for Chelsea. Marco Silva was sacked by Watford last month “Simeone. I think he’s run his course at Atletico Madrid,” the Venezuelan said.

Liverpool legend Steve Nicol had similar thinking to Burley, claiming Chelsea could look to appoint someone for just the remainder of the season. “They’ve had no problem (before) bringing someone in just for the short term,” he said.