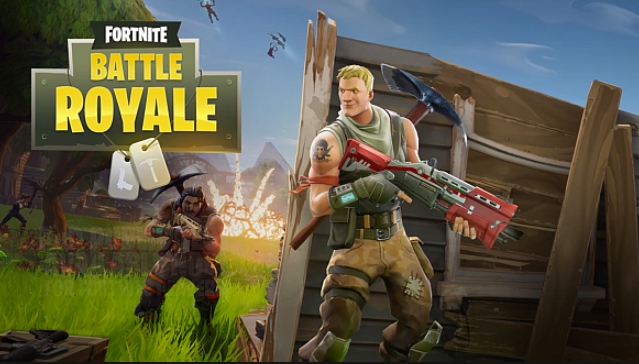 Fortnite Battle Game is the same 100-player game you know from all way from PlayStation 4, Xbox One, PC, Mac and others. It game comes with Same gameplay, same map, the same content, same weekly updates.

Starting from Monday, you can sign-up for the Invite Event if you are using iPhone or iPad (iOS devices). Another Good news for Andriod users is that Support for Android will be coming in the next few months.

In partnership with Sony, Fortnite Battle Royale Game will support Cross-Play and Cross Progression between PlayStation 4, PC, Mac, iOS and eventually Android thereby giving the best gaming experience. What this means is that players across devices can squad up with friends and play together without hassles.

Fortnite Battle (Royale) Game believes that this version of the game is the future of games. The same game on all platforms, so you sincerely have nothing to worry about. It comes with Console quality graphics and action. And you can play when you want, where you want.

Note that when you are invited, you will receive an email with a link below that will guide you through the process to download the game from the App Store. But if you don’t receive an invite right away, you don’t need to worry.

To make this game better the programmers will be adding more players regularly over the coming months. So players who receive invites from Epic will also get friend invite codes to share with others instantly.

Therefore if you want to participate, you will need the following things: an internet connection and iOS 11 on at least an iPhone 6S/SE, iPad Mini 4, iPad Pro, iPad Air 2, iPad 2017 devices.